Rights of an Employee

Responsibility Of The Employer And Employee 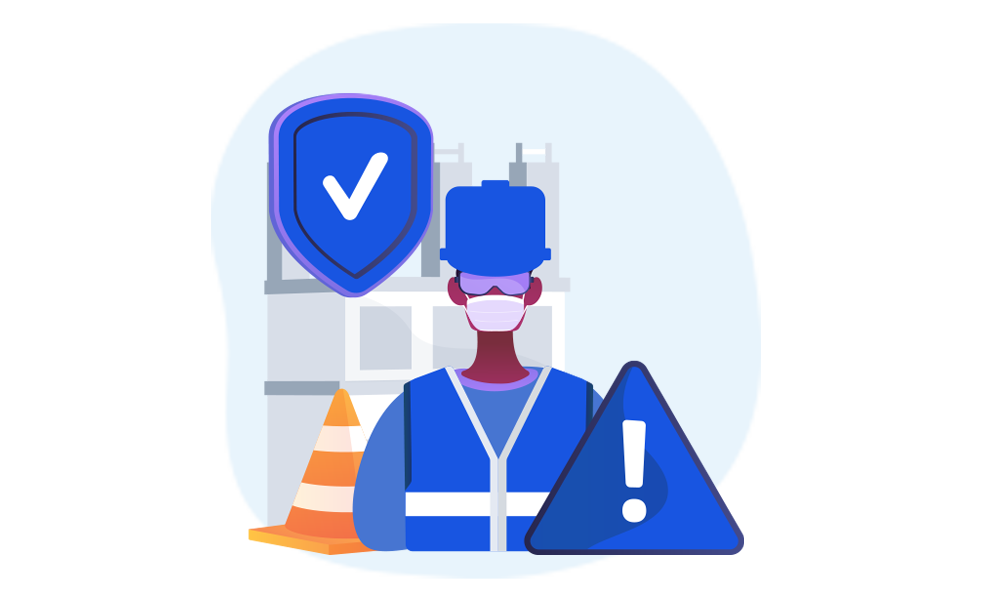 The safety of an employee at workplace commonly referred to as Occupational Safety and Health (OSH). It is a regulation concerned with the safety, health, and welfare of people at work and their working environment. OSH may also protect co-workers, family members, employers, customers, and many others who might be affected by the workplace environment.

The Occupational Safety and Health Act 1994 is a part of Malaysian legislation which was gazetted on 25 February 1994 by the Malaysian Parliament. The principle of the Act is “To make further provision for securing that safety, health, and welfare of persons at work, for protecting others against risks to safety or health in connection with the activities of persons at work, to establish the National Council for OccupationalSafety and Health and for matters connected therewith.”

The activities of person at work which relate to;

Safety hazard is the most common and will be present in most workplaces at one time or another. They include unsafe working conditions that can cause injury, illness, and death. Safety Hazards include: 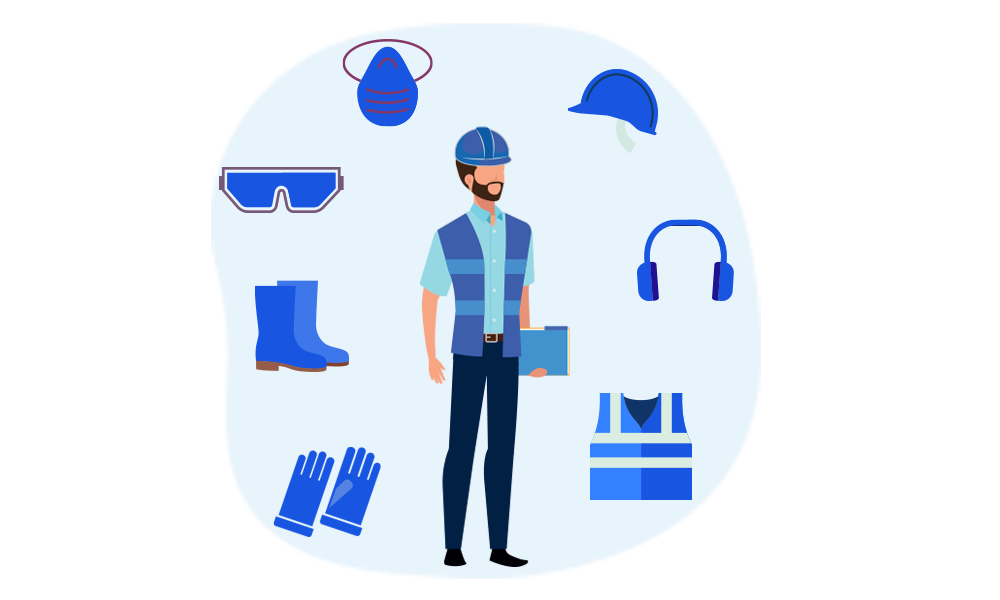 Responsibility Of The Employer And Employee

Responsibility of the employer

Under the Act, it is employers’ responsibility to ensure employees safety aspects against catastrophic injury, death or damage to the body while working and duty to provide Personal Protective Equipment or PPE at the workplace so that employees can work in a safe and secure manner. It can include items such as safety helmets, gloves, eye protection, high-visibility clothing, safety footwear and safety harnesses and respiratory protective equipment.

Responsibility of the employee 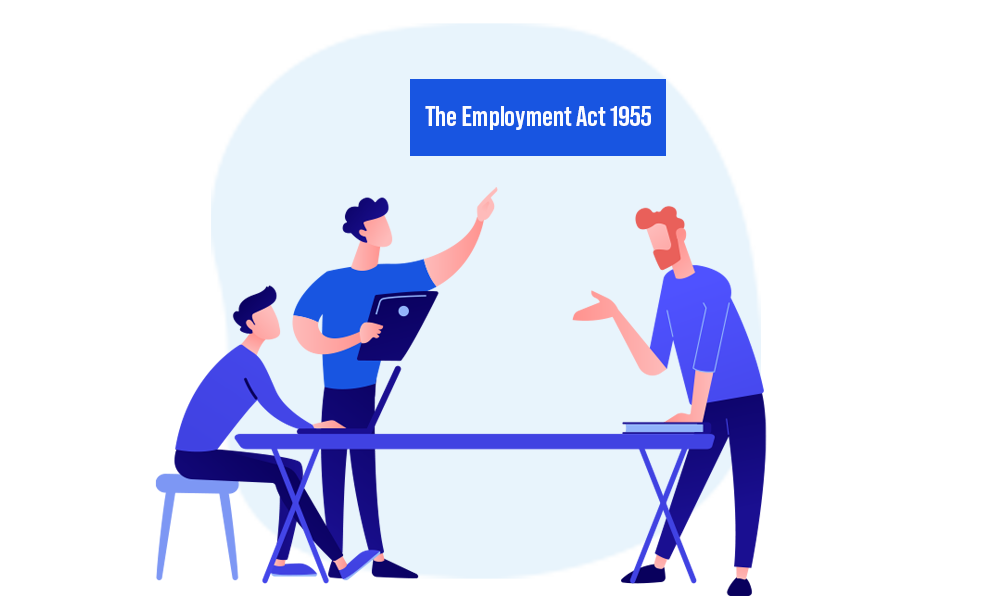 The employment policies in Malaysia is regulated by legislation enacted by the Parliament that identifies the obligation of employers and employees:

The Employment Act 1955 (Amendments 2012)
An agreement oral or in writing, whereby one person agrees to employ another as an employee and the other agrees to serve his or her employer as an employee. This act encompasses employee in the private sector earning of not more than RM1,500 per month. The Malaysia Employment Act 1995 is applied to Peninsular Malaysia and Labuan only. For Sabah and Sarawak, they are governed by their respective Labour Ordinance.

The Industrial Relations Act 1967 (2010 Revision)
An Act to promote and maintain industrial harmony and to provide for the regulation of the relations between employers and workmen and their trade unions and the prevention and settlement of any differences or disputes arising from their relationship and generally to deal with trade disputes and matters arising therefrom.
[7 August 1967]

The Factory And Machinery Act 1967 (Revised 1974)
The jurisdiction of this act covers all type of factory and manufacturing activities concerning protection on health, safety, and welfare for all workers working in factories.

The Employment (Restriction) Act 1968 (Act 353) (Revised 1988)
Provides for employment permits, registration, and restrictions for non-Malaysian citizens. Failing to do so is strictly illegal under the Immigration Act 1966 and law can be imposed on both employer and employee.

The Employees Social Security Act 1969
An agreement oral or in writing, whereby one person agrees to employ another as an employee and the other agrees to serve his or her employer as an employee. This act encompasses employee in the private sector earning of not more than RM1,500 per month. The Malaysia Employment Act 1995 is applied to Peninsular Malaysia and Labuan only. For Sabah and Sarawak, they are governed by their respective Labour Ordinance.

The Occupational Safety And Health Act 1994 (Act 154)
Regulation concerned with the safety, health, and welfare of people at work and their working environment, co-operate with an employer or any other person in the discharge of any duty or requirement imposed on the employer. The Act required an employee to wear or use at all times any protective equipment or clothing provided by the employer for the purpose of preventing risk and comply with any instruction regarding safety and health instituted by the employer under this Act or any regulation made thereunder.

Minimum Retirement Age Act 2012
Sets the minimum retirement age for employees at 60 years of age. The competent Minister may increase this minimum age under certain circumstances. The Law is divided into five Parts and 19 Articles. The Schedule lists those persons to whom the Act does not apply.

Human Resources Development Act 2001 (Act No. 612)
An Act to provide for the imposition and collection of a human resources development levy for the purpose of promoting the training and development of employees, apprentices and trainees the establishment and the administration of the Fund by the Corporation and for matters connected therewith. The Fund under this Act actually encouraging employers to retrain and upgrade the skills of their local employees, apprentices, and trainees in keeping up with the fast evolving global business landscape while meeting their individual company’s aspirations.

Minimum Wages Order 2016
In line with the objective of implementation of the Minimum Wages Order 2016, a full time employee shall be paid an average minimum wages of not less than RM1,000 (Peninsular Malaysia) or RM920 (Sabah, Sarawak and Federal Territory of Labuan) a month. A full time employee paid on a daily basis and was present to work on normal working days as determined and who completes the agreed normal hours of work as per the contract of service without regard to the total hours worked in a day shall be paid a daily minimum wages based on the following formula:

8 Principles To Hire The Best Talent
by Amy Klimek, VP of HR at ZipRecruiter.com.

Using these tips will allow you to recruit the best talent in your industry without any falsehoods. You are presenting your business in a completely different light, and your employees will see that difference when they come to work on their first day. This is a much wiser hiring plan and it allows you to hire people who want to stick around.

Benefits to
an Employee
Operating Your
Business
FEEDBACK

Thank You!
For SUBMITTING your Feedback!

Thank you for your upload